Since deconfinement measures were introduced in France on May 11, the French Riviera property market has seen a positive return to activity. According to a recent report published by France 3, many real estate professionals along the Riviera have reported a ‘very strong recovery since the deconfinement. Many property buyers have rushed to advance their projects, suspended during two months of crisis. Those who had already started their research had time to mature their choice and many buyers also found themselves pressed for time.’

Nationally, we have also seen many city residents rush to the countryside during the confinement period, so this suggests that more people will be looking to purchase a countryside home, which will further boost a national surge in property buyers seeking residences in the French Riviera.

At Prestigia 360, we have seen a boost back to activity from our buyers, with multiple offers and sales in the last month. We continue to work according to the latest health and safety measures, by limiting the number of agents in our office at one time and actively enforce the use of hand sanitizer and the use of masks.

We actively encourage prospective home sellers to get in touch as soon as possible to take advantage of this surge in activity. 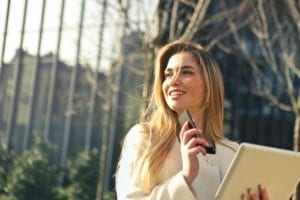